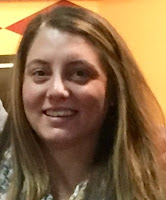 Welcome to WE-GO, I am Alyssa Harnish, President of the Westtown-Goshen Rotary Club, a member-based organization right here in Chester County, Pennsylvania. We are a chapter of Rotary International, District 7450 in the eastern United States. Our members are passionate, dedicated and engaged in projects and service close to home and around the globe. Most of us live and work in the greater West Chester area. Members have a range of volunteer opportunities to get involved in from local fund-raising to global projects including education, humanitarian relief, safe drinking water, literacy and health related issues. Looking to give back to the community and world at large? You have come to the right place.

Please join our social networking pages on FaceBook and LinkedIN.
Jump to the WE-GO Calendar of Events. 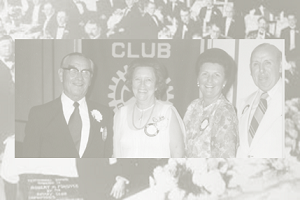 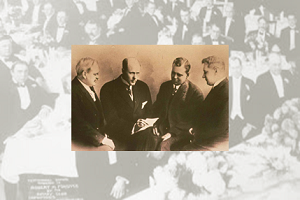 Rotary is a unique institution

Paul Harris formed the world’s first service club, the Rotary Club of Chicago, on February 23, 1905. Rotary’s motto is "Service Above Self" and, as it celebrates its 102nd anniversary, the club and its 1.2 million members around the globe continue to focus on furthering truth, fairness, cooperation among all cultures and world peace. A 1942 Rotary conference held in London planted the seeds for the development of the United Nations Educational, Scientific and Cultural Organization (UNESCO), and some 50 Rotary members served as delegates and consultants at the founding of the United Nations. Today Rotary holds the highest consultative status with the United Nations of any non-governmental organization. In this capacity, Rotary has a strong voice within the UN system and access to its people and resources worldwide.

WE-GO is a unique club

WE-GO's History: The Westtown Goshen Rotary Club, widely known as WE-GO, was formed in the summer of 1975 through the efforts of members of the Rotary Club of West Chester. This was a culmination of discussions started in the summer of 1974 which resulted in WE-GO being chartered by Rotary International on June 20, 1975. Nine members of the West Chester Club, along with one member from the Concord Club, formed the nucleus of the new club. They, along with 16 newly recruited first-time Rotarians, made up the original 26 charter members. Much help was given by the West Chester members in the initial formation. On July 31, 1975, the Club's Charter Night Dinner-Dance was held at the Treadway Inn, and was attended by all the new club members and their wives. District Governor Paul A. Vaughn and District Governor elect F. Munro Purse, and many members of other clubs were present. Weekly meetings were established on Thursdays at 6pm. The venue initiated at the West Chester Treadway Inn and later transitioned to the West Chester Golf and Country Club and then back to the Day's Hotel.  We now meet at Timoth's in the Parkway Shopping Center.

One of our first projects as a club was to restore the Westtown Township's Oakbourne Mansion Water Tower. 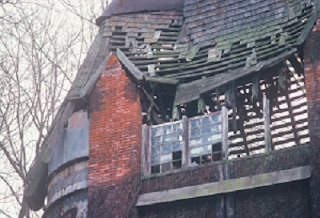 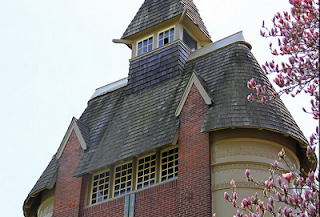 WE-GO Officers and Board of Directors 1975

Sergeant-at-Arms and Past President
Chris Baldwin